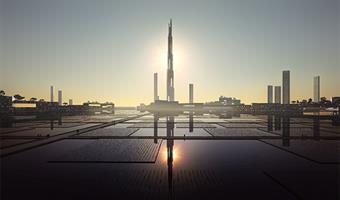 A brief history of big plans for Tokyo Bay

In the post-war years, the Metabolists made big plans for Tokyo Bay to relieve the pressure on the Japanese capital. Now there's another plan, called Next Tokyo 2045. Herbert Wright explains that these have not been the only visionary proposals. In reality, the city has been gradually encroaching on the Bay for centuries, and the big plans that materialise are mainly infrastructure.

Smart cities and the plight of cultural authenticity

As Asian countries join together to build "smart" urban developments, Kris Hartley explains why planners should heed the lessons of colonial history when it comes to such projects.

The middle of nowhere: smarter than it used to be

Just as mass production moved into rural areas after its invention in cities, so too may high tech services move into the countryside as broadband spreads out into sparsely populated areas.

The haze that hides the eternal blue sky

The Mongolian capital is learning how to reduce its air pollution levels, replacing tens of thousands of traditional heating stoves with cleaner alternatives.

The argument that China's urbanisation is destroying its traditional culture belies a misplaced nostalgia through which Westerners perceive non-Western cultures.

Kris Hartley is an independent consultant and researcher focusing on economic policy, urban planning, and governance innovation in Asia.

Sheep bytes: New Zealand’s secondary cities can be a model for creative revival