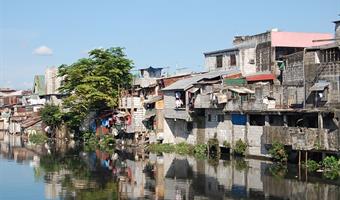 NGOs in Manila unite the poor to fight for housing rights

Abidemi Coker discusses how NGOs in Manila are mobilizing poor urban residents to work together in community associations so they can access land and housing.

A Brief History of Big Plans for Tokyo Bay

In the post-war years, the Metabolists made big plans for Tokyo Bay to relieve the pressure on the Japanese capital. Now there's another plan, called Next Tokyo 2045. Herbert Wright explains that these have not been the only visionary proposals. In reality, the city has been gradually encroaching on the Bay for centuries, and the big plans that materialise are mainly infrastructure.

Gaming as a method for cooperative urbanism

Is public consultation a thing of the past? Alyssa Campbell takes us inside the City Innovation Game, a planning experiment in Buiksloterham, Amsterdam, that lets stakeholders create development scenarios interactively and in real time.

Seth Kerr describes how new policies slowly tackle Nairobi’s gridlock and make it easier for people to walk and cycle.

The long view of London

Simon Hicks charts the transformations that have taken place in London over the past 400 years against the physical backdrop of the city and considers what the emerging skyline can tell us about London today.

Vadim Rossman is a professor at the Higher School of Economics, St Petersburg.

Why do countries relocate their capital cities?