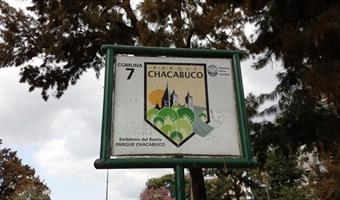 Buenos Aires has one of the smallest rates of green space per capita, and what's left is under threat of commercial development. Neighbourhood groups are leading the fight to defend them, but with so many battles to wage, might the government's divide-and-conquer strategy be winning out?

In discussing the scope and meaning of historic preservation, Gabrielle M. Peterson reminds us of how it can help solve multi-dimensional urban plight.

Booming Maputo paves over its past

Joseph Hammond explains how the recent population explosion and sudden urban growth of Maputo has threatened the unique architectural heritage of the Mozambican capital.

Boston and the healing of an urban wound

Unlike a wound to the body, the marks left behind a wound to a city may be of the city's own designs, in the form of a memorial. A memorial which Sam Valentine argues is now needed to restore dignity to the act of remembrance.

Learning from Typhoon Haiyan: risk and resilience in emerging cities

Lily Song learns how Tacloban and other secondary cities can improve their ability to cope with emergency challenges which would be daunting even for the world's largest mega-cities.

Without identifiable loci, visitors to Boylston Street, bearing flowers, handwritten notes or other mementos, subtly but uneasily shuffle their feet, unsure where to stand or where to place their tokens of remembrance.